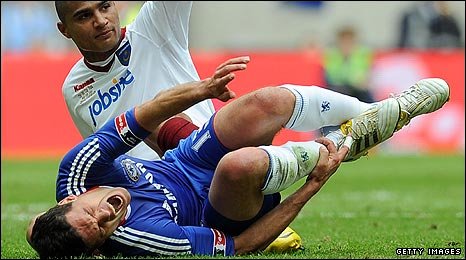 Milovan Rajevac’s final list of 23 players to represent Ghana has been presented. There are no real surprises but clearly the injuries to Michael Essien and Emmanuel Agyemang-Badu have been huge in determining who made the team. I am curious who Milo had in mind before these injuries. Under the circumstances, I got three of the players wrong from my predictions. Never mind that two of them are down to injury.

I am a bit surprised that he dropped Eric Addo given the problems John Mensah has had this season with fitness. That shows Rajevac’s faith in the emergence of Isaac Vorsah and Lee Addy during the African Nations Cup not to mention the promise of Jonathan Mensah.

Nevertheless, I do not think Eric Addo was necessarily going to be the reason why we didn’t succeed so I cannot argue. At moments like this you have to trust the coach’s instincts since he works with the players daily and observes their inadequacies. Was it a loss of pace for Addo? We may never know.

All in all, I think this is the best we have to offer and the onus is on us now to focus on those chosen and give them our maximum support. If our underdog position in the last world cup and this year’s nations’ cup is anything to go by then we are ready to shock the world.

We may have some clues as to how Milo intends to use some of the players in our upcoming friendly matches against the Netherlands and Latvia.

Keep the faith, Black Stars nation. As my Accra brothers say, Ebaa hi. E go be. And see you in South Africa.