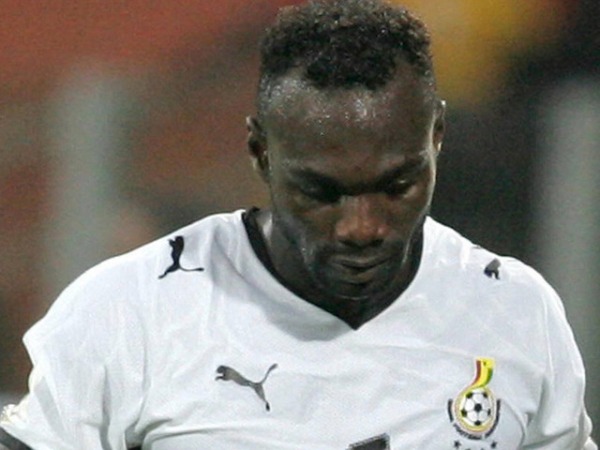 That was needlessly nerve wracking. Ghana won 1-0 against Botswana on Tuesday but it felt unconvincing, flat and unfulfilling. Thank the heightened expectations for the Black Stars after surprise appearances in the final of the 201o Cup of Nations and World Cup quarter-final.

The overwhelming sentiment from Ghana’s fans after the victory was one of disappointment. As unquestionable favorites, playing against new entrants, the thought was the Black Stars should bury the Zebras in an avalanche. Not to be as their Southern African opponents put up a stiff resistance.

Yet rather than disappointment, I felt it was a very professional, routine non-sexy victory. It is the sort of victory a coach might even delight in. You win and are given a chance to work on your flaws. There might even have been an element of luck but in the end, I felt some relief especially because we played the last 20 minutes down a man. Getting three points to start the competition was most important. Anyone who needs reminding need not look further than our West African neighbors, Senegal who are packing their bags as we speak.

Captain John Mensah led by example, scoring in the 25th minute to put the Stars ahead. He later took one for the team by preventing a clear goal scoring opportunity leading to a red card. The man of the match was John Boye for his general composure but also for his crucial clearance off the line in the second half.

It is telling that for a team that wants to play more attacking football and had most of the possession at one stage of the match, the two most significant people were defenders. That is a testament to how well Botswana defended but also to our lack of creative options up front. In many ways, Botswana defended and played like Ghana did two years ago. Soak up the pressure and hope to hit on the break. It almost worked but for the Stars composure and experience.

Looking ahead, Goran Stevanovic’s insistence on taking nine defenders seems prescient at this point given John Mensah’s suspension and injury. Isaac Vorsah will also miss the next match against Mali meaning Jonathan Mensah will likely step into the starting line up, something he’s done before. Either way it’s a headache Stevanovic would rather not be dealing with despite having brought some reserve.

Of greater concern to me are the changes he made to start the match. Putting Samuel Inkoom at left back for me was head scratching. We have played countless matches leading up to the Afcon. If ‘Plavi’ saw Inkoom as a viable option, why didn’t he try him out in some of the matches so he got familiar with it? I feel the same way about his inclusion of Jordan Ayew. He could have been better integrated along the way.

In midfield, while Sulley Muntari was active but not as effective with his outside shots and incisive passes as one would hope.

There was something missing in the link up play between the midfielders and Asamoah Gyan. Gyan was often isolated because there was too much space between him and the midfield.

In the end, some analysts might downgrade Ghana’s chances of winning the whole shebang. Let them. I believe Ghana will play better as the tournament goes on. This modest victory might also help to recalibrate the fans’ expectations. It might not be the worst thing in the World if views like this filter to the squad. When Ghanaian players see themselves as underdogs, they rise to the occasion. When they see themselves as inevitable winners they tend to become complacent and let their guards down. If we’ve learnt one thing in this tournament so far though, it is ‘take nothing for granted’.