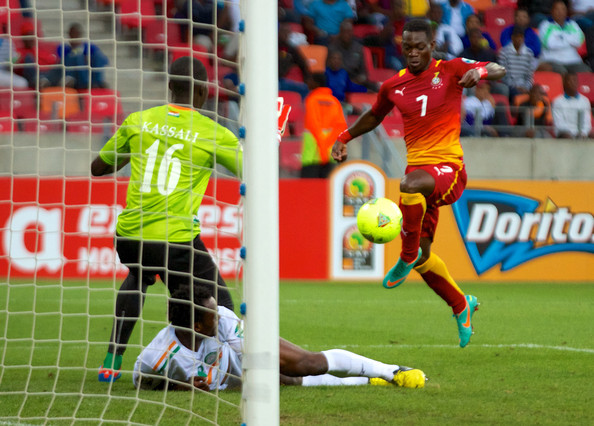 Heading into this game the Black Stars had adopted  the line that this would be the toughest group game. It might well have been had the Nigerians’ goal stood. As it turned out, that disallowed goal melted away any ambition they had.  They were no menace to the Black Stars ambitions of advancing.

Ghana picked a good time to play its best in the tournament. Goals from a revived Asamoah Gyan and Christian Atsu saw the Stars take a 2-0 half time lead. John Boye made it an emphatic win with a scrambled in goal after Gyan’s header was spilled by the Nigerian keeper.

Atsu was officially the man of the match but for me Gyan was the man of the hour. Ahead of the Niger game, there was mounting criticism of his play with some suggesting he should be benched for Emmanuel Clottey. Maligned in one breath, he is deeply appreciated in Kwesi Appiah’s breath. Just as well Appiah remains the coach. Gyan scored with a decisive perhaps angry finish, he assisted on the second and caused the third. His work rate for the 75 minutes he was on the pitch was good. He was aggressive, demonstrative and seemed really into the game. It is my theory that Gyan sometimes needs the prodding that the criticism brings to find his best form. He always manages to silence Ghanaians when his back is against the wall and when criticism is at its highest.

While pressure brings out the best in some, the Afcon stage brought out the fright in youngster Atsu. He is slowly adjusting to the bright lights though like an iris in a dark room.  When he is on his game, he puts so much pressure on a defense. On his goal, he waited until the last moment before passing the ball to Gyan on the left flank. That delay pulled three defenders to Gyan. Atsu’s sudden dash into the box left the defenders for dead. His finish was calm and clinical. That one play summed up why there is so much hope for him. If he can harness the skills, speed and tenacity he showed in this game and produce it every game, Ghana will have discovered that kind of midfield threat we haven’t seen since Abedi Pele. Abedi and now Messi (a player Atsu is being likened to) however play defense and that is a part of his game he will have to develop to reach a World Class level.

Still, he has given coach Appiah a welcome headache as to what to do if Mubarak Wakaso is eligible for the quarter final against Cape Verde. Until then, Ghana is riding high off its most impressive performance to date.