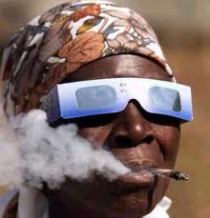 An improbable 5-0 defeat to Egypt will see fans incredulous

The road to Brazil continues for the Black Stars as players assemble in Turkey for a two-week camp.

The aftermath of Ghana’s “beyond our wildest dreams” thrashing of Egypt’s Pharoes has been dominated by talk of the safety of our players and officials in Cairo. Admittedly, Cairo is not the most serene place on earth right now, with the prospect for upheaval seemingly a thrown stone away. The unpredictability did not prevent FIFA from sanctioning Cairo so barring a change of heart, Ghana’s focus has to remain on the pitch at the Air Defense stadium.

The Stars’ emphatic victory gives them a lot of breathing room. They would have to lose by an impossible sounding 5-0 to snatch defeat from the jaws of qualification. Stranger things have happened yes but given the caliber of players Kwesi Appiah will choose from, there should be no fairytale for the Pharoes.

The fan in me says emphatically, there is absolutely no way this will happen but journalistic training requires a deeper reflection. Could it happen? Men can be turned to women, eclipses occur from time to time,  so never say never. What could make the Stars suffer such a nightmare? Refereeing, bad play, the sky falling down, the 30,000 fans threatening the Stars with their lives if they don’t allow the Egyptians to score and oh Armageddon.

Barring any combination of these things, we should begin our crash Portuguese course, pack our bags, and wait for June/July 2014 where the Black Stars will attempt to shine for the third World Cup in a row.